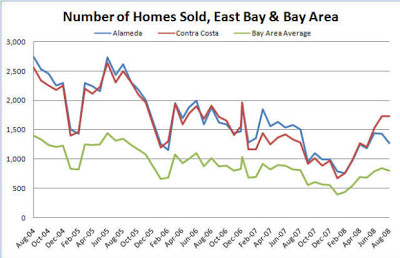 Home sales in the East Bay and Bay Area, including Berkeley, Oakland, El Cerrito and surrounding areas have seen a dramatic decline over the past four years. However, since February of this year, sales have begun to gradually increase. Those areas hit hardest by foreclosures are the same areas seeing the largest increase in sales. 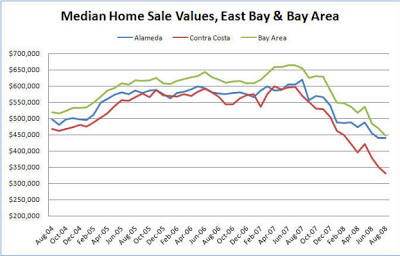 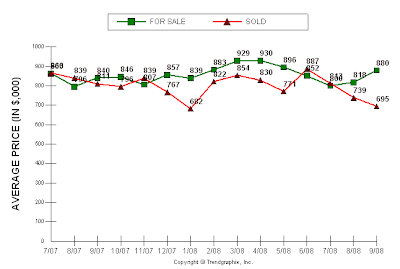 Now lets look at my town: Berkeley, Albany and Kensington…for the past year, values have held strong. The up and down action you are seeing is normal. What isn’t normal are the multiple offers we are still seeing in many areas. But these graphs show why: the number of buyers continues to outweigh the sellers.

Well, Berkeley is pulling it off once again.  While the rest of the nation continues to see prices decline, and see houses not sell, our little mecca is holding its own. This article, posted today in the Daily Californian, explains this further.  Several of my colleagues are quoted- kuddos to them for their part in this article.  Daily Californian By Melody [...] 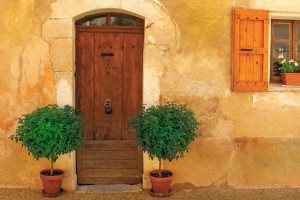 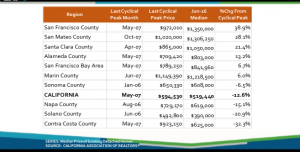 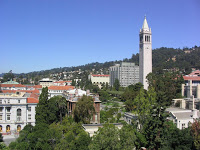 Berkeley, Calif., known sometimes as a hippie haven, is becoming a hotbed for home sales. Prices in the Bay Area suburb are up 9% this year, with homes selling for a median price of $790,986. Properties are sitting on the market for 73 days on average, the lowest of any area with positive price trends within the confines of the [...]