As promised I have put together my real estate predictions for 2009.  Ok, if I could really make predictions, I’d be rich.  Don’t get me wrong, I have my opinions, and I am certainly entitled to them.  But just keep in mind, these are just predictions and while they aren’t terribly optimistic, take them with a grain of salt…

1.  Home Values.  In most parts of the Bay Area they’ll continue to fall, some faster than others.  Why?  Because seller’s will have to compete with banks and home builders who are slashing prices to reduce inventory.  The steepest of the price declines generally happen in the first two years of a correcting market.

2.  Obama.  His admin will crack down on the shady and horrific lending practices of the past.  I think this new administration will do everything it can to rid this country of all of the corruption generated over the past decade, much of which we have yet to see unveiled.

3.  Mortgage Applications.  Will continue to increase, but remain strict.  Borrowers will need to provide extensive debt and income documentation.  Have great credit?  You will get the best rates.

4.  Foreclosures.  Should double by September.  Consumers are becoming wiser about the process which will allow them to make better decisions going forward.  I think we will see more companies appear which are geared towards purchasing REO portfolio’s from banks.

5.  Recession.  I think buyers will continue to be afraid throughout the next couple of months.  I don’t think consumer confidence will start to go up until the end of the summer.  I suppose that if the governement had actually accepted the fact that we were in a recession a year ago, we’d be in better shape.

7.  Going Green.  I think people are starting to think wisely about space, about remodeling, and about walking distances to places of interest.  This will continue.

8.  Technology.  Consumers are extremely tech-savvy and will continue to rely on mobile searches, webcasts, and online Q&A forums.

9.  Government Assistance and Bailouts.  I don’t think the government really has a plan.  How can they when they have committed to $8 Trillion in relief yet total tax revenue for the US Goverment last year equated to $2.7 trillion?  Sure, the most of the money is in the form of backing various debt securities, but what will happen when it is time to pay up?  I think we are on the horizon for a bubble in the US Treasury Market.  Uh oh.  The good news, real estate always comes out on top in a hyper-inflated market.

10.  Bottom of the Market.  We are there.  In fact, Leslie Appleton-Young, chief economist for the California Association of Realtors, said it occured last October.

I guess I should also mention 11. Bank Failures.    With the FDIC reporting that the number of “problem banks” increasing tremendously in the last two quarters, we have much to be concerned about.  At the end of the third quarter, there were 171 banks on this list, up from 117 in the second quarter.  Fortunately this is only 2% of FDIC banks, compared with 10% in the late 80’s.

The East Bay.  So here is something crazy.  Much of the Berkeley area housing market hasn’t been struck.  Ok, it has been struck, just not hard.  Do you recall a previous post where Forbes had declared Berkeley the best place to sell?  http://kristashouse.com/2008/12/forbescom-10-best-suburbs-to-sell-a-home-berkeley-is-1/  Well, we are still seeing multiple offers in many parts of Berkeley.  In addition, Rockridge, Piedmont and Claremont are also hanging on.  Places like Richmond, Oakland and the condo market have been hit the hardest.  As history shows, this is normal for our area.

Being the eternal optomist (which makes me wonder if this is more hope than prediction) I think 2009 is going to be a turning point for many.  Losing houses, losing jobs, not being able to afford cable, and not being able to watch the next season of American Idol have become reality checks for many.  People are watching their spending.  People are getting out of their cars.  People are starting to really watch out for one another.  Family has become a priority.  Ok, so perhaps this is just hope.  What I do know is that people are demanding change.

Wishing everyone a wonderful year of change, and yes, hope. 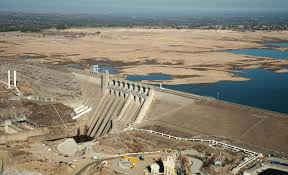 Will the Drought Impact the Bay Area’s Real Estate Market?

Will the drought in California, which is weighing heavily on all of our minds as the water from the faucet starts to taste a litter funkier every week, have any kind of impact on real estate prices? There are several possible scenarios:   The price of water continues to go up, as it becomes a scarcer resource. As the price [...] 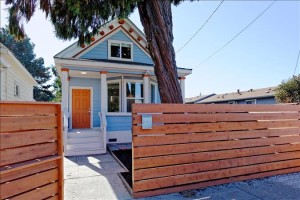 We are extremely excited to bring to the market this new listing at 1771 11th Street! It is Urban Living Redesigned to the fullest! With your very own redwood tree in the front yard and fire pit, garden beds and lawn in back, this newly renovated W. Oakland Arts and Crafts beauty is a dream come true.  This 1885 home was [...]

An Effort to Save a City by Shrinking It

Rate Watch for the week of Jan. 12