The city of El Cerrito said this week that the four candidates have until Monday to submit proposals for operating the movie house, which is owned by the city.

The theater and its marquee have been dark since May 18, when previous operators Catherine and Kyle Fischer ceased operations. The El Cerrito Redevelopment Agency, acting under the terms of its lease, officially confirmed Tuesday that the couple, doing business as Downey Street Productions, had terminated the agreement and abandoned the theater.

The Fischers and the city were unable to settle on a renegotiated lease for the theater, nor was the city willing to offer financial assistance to keep the Cerrito open after the couple fell more than a year behind in making their monthly lease payment.

Representatives of the El Cerrito Redevelopment Agency are inspecting the building and its fixtures and will arrange for any cleaning or repairs that might be needed.

According to the city, the agency hopes to recommend a new operator June 15 and bring a lease agreement to the agency board – made up of the City Council – on June 29.

Where to Recycle Oddities

Did you know that… Berkeley Horticultural Nursery recycles plastic plant pots and plant trays. Pots should be empty and clean. Drop off outside nursery anytime. The nursery is located at 1310 McGee Avenue, in North Berkeley, between Hopkins and Rose. The drop-off location is on Rose near Monterey. Look for the sign. Need to get rid of clean, wearable clothes? [...]

I normally love Whole Foods.  I don’t think I have ever had anything bad to say about them.  Generally they stand for community, free trade, and quality items.  But when I read an article last week that said they would be kicking out Ashby Florist, their life-long tenant of 50+ years, I was outraged.  And the reason they wanted to [...] 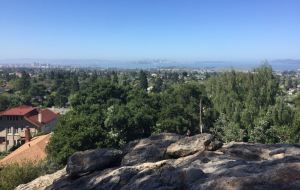 Albany and Berkeley Make the “Best of” Charts

Niche.com, a nationwide rankings and review site with information in K-12 schools, colleges, cities and neighborhoods, has recently come out with their 2017 “Best of” lists.  From “Best Cities to Raise a Family” to “Best Public Schools“, Niche.com has become a resource for discovering the schools and neighborhoods that are right for you. Two of our East Bay cities made the [...] 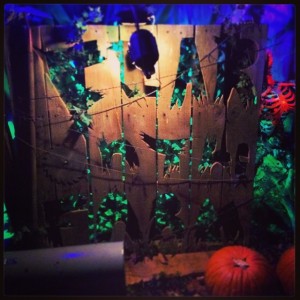 Albany Haunt not only raises your fear level but also raises money  for Alameda County Community Food Bank.  Krista and her family went to Albany Haunt this past weekend.  It is the brainchild of Sam DuBois, a creative teenager who decided that, in exchange for $2 and a donation to the local food bank, he would do his best to scare the bejeebers [...]