Last week the famed creator of El Cerrito’s Playland-Not-At-The-Beach passed away in his home in El Cerrito.  Richard Tuck may not have been a legend but what he created was legendary.

I remember when I first met Richard.  It was in 2000 and I had just received my MFA from the Academy of Art in San Francisco.  I saw an ad on Craiglist where this funny little amusement park-in-the-making-thing was looking for some muralists to volunteer their time.  So I went.   I showed up in my overalls (I was an artist after all) with my paintbrushes and said “where to?”  and I went to work.

There were lots of volunteers there, some from schools, and many from the community.  It seemed like everyone wanted to help out.  Richard offered free lunch and free use of his collection of pinball machines.  He played music, laughed, and told story after story about his collection of amusement park artifacts.  I was intrigued.

I haven’t gone back since.  But the experience was one-of-a-kind, and Richard’s generosity and friendliness was also one-of-a-kind.  Perhaps it is time to venture back. 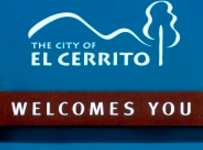 Looks like home sales in our area were up the last couple of months, despite the rest of the country seeing a decrease.  The median price in the immediate east bay jumped to its highest level in almost four years.  This is due in part to super-low interest rates, pre-approval guidelines opening up, and no inventory. The median price paid [...] 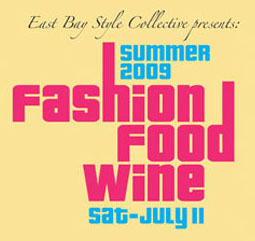 Looking for something to do this weekend?  This Saturday come down to the Gourmet Ghetto for an entertaining evening filled with fashion, food and wine.  Location: Shattuck at Vine When: July 11 Time: 6-9pm 6-8: Food & Wine Tasting 8-9: Fashion Show Boutique shopping during and after the event! www.eastbaystylecollective.com 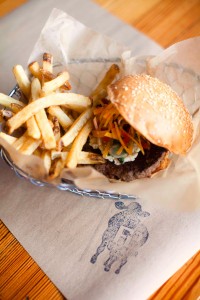 In today’s food for thought Thursday we want to share with you this little gem of a burger place we tried called Farm Burger in Berkeley.It was awesome — delicious burgers, fries, and salads galore!  Plus who doesn’t love a burger place that sells beer and wine!   This is the first location in the West for this small growing [...]