Many of you have seen my facebook posts pertaining to a tragic accident that occurred Monday evening on the corner of Marin and Tulare at the Berkeley/Albany border.  On Monday evening an 18 year old male, who was on his skateboard and not wearing a helmet, was struck by an oncoming car and died late this afternoon.  Today, the Berkeley Police Department made a statement that the driver was not at fault.

Regardless of who was at fault, this intersection is a dangerous one.  I should know, it is in my neighborhood and I cross at this crosswalk almost daily.  In the past six months I alone have caused 2 minor fender benders, all because someone stopped, but the car behind them did not stop in time.  This intersection is located on two blind curves, and at night it is nearly impossible to see who is crossing the street.

Tonight a vigil was held.  For a few hours, the southeast corner of this intersection was lit with candles, flashlights, and tears.  There had to be close to 75 people there by 8:30, most of them friends.  Despite the lights and the large number of people, many cars did not slow down or stop for pedestrians crossing the street.  I don’t think this was intentional, I just don’t think they were visible to the drivers.

Some have mentioned the need for more police handing out traffic tickets.  Others have mentioned it is a non-issue since it is not listed as one of Berkeley’s dangerous intersection and there are others that are worse.  Are you kidding?  A kid was killed and something needs to happen!  More lighting, flashing pedestrian lights…something!  My husband and I spoke to the Berkeley Police about this intersection last September and they said “Bring it up with the City Council.”  Seriously?

Do you know the dark spots in your neighborhood?  Do you know alternate routes to use when driving?  When crossing the street?  Do you use a flashlight or clothing with reflectors at night?  A life was taken much to early this week and I can guarantee that in my family, helmets will always be worn and flashlights will be used at night.  Life is much to precious not to. 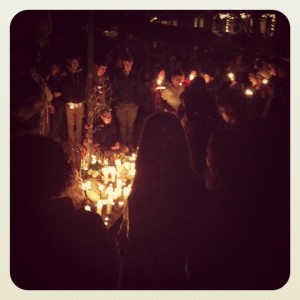 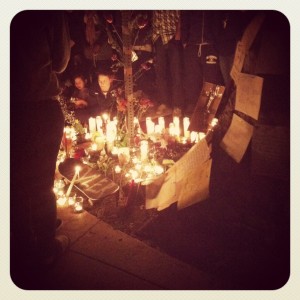 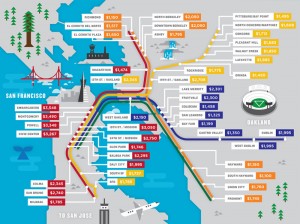 High rental rates near BART don’t necessarily equal higher mortgage rates.  KQED recently posted this cool albeit somewhat depressing map showing you where you can find an affordable 1 bedroom near BART.  While this may be hard to look at from a renter’s point of view, we need to remember that owning closer to BART does not necessarily mean you [...] 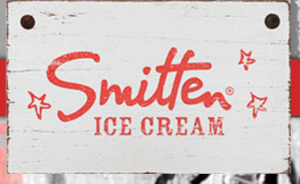 Walking down College the other day I noticed that the Bakery that used to be across from Zachary’s is going to be a Smitten Ice Cream shop soon!  So I did some investigating and it turns out Smitten is made-to-order organic ice cream.  The woman-owned (yea!) shop opened in Hayes Valley in 2011  after she designed and built (wow!) a [...] 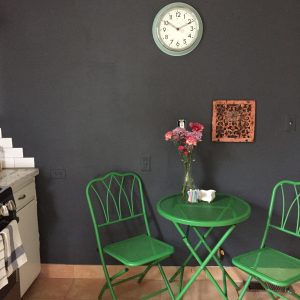 We have a fantastic new listing in Berkeley near San Pablo Park, 1308 Russell St, a terrific Golden Duplex with income potential. Now here is the deal.  Have you ever come across a house that was so much more than a house, it was a piece of art? A Mediterranean oasis? A home where you could make some income? A [...]