Want to see a ghost this Halloween in the very haunted Bay Area? Our East Bay region is filled with haunted places for poltergeists and benevolent spirits, according to local paranormal investigators.

For our bravest readers, we compiled this list of the 13 Most Haunted Places in the East Bay to visit. But, please, don’t go alone …

Voted the most haunted attraction in the East Bay by locals, this decommissioned naval aircraft carrier could be home to as many as 50 spirits. Dozens of witnesses have told tales of unexplained sounds, moving objects and encounters with officers and enlisted men who suddenly vanish. Could it have something to do with the fact that the Hornet earned nine battle stars during WWII, with 300 lives lost? Spend the night if you dare. 707 W Hornet Ave., Alameda

The eerie area of abandoned coal mines on Somersville Road in Antioch was named one of the seven most spooky sites in all of California. Visitors have reported seeing a ghostly white apparition aptly named the White Witch. There are several stories about who she was. Maybe a nanny named Mary who cared for miners’ children who fell mysteriously ill and died in the late 1870s. She was accused of witchcraft and hanged. Or she might have been a midwife who died after a carriage accident, and who, on her deathbed, insisted there be no funeral for her. The townspeople threw one anyway (which was interrupted by a sudden terrible storm) and buried her at Rose Hill Cemetery. As the ghost story goes, she’s still pissed about it. Get details on how to visit Black Diamond Mines Regional Preserve here.

We’ve heard of career college students who never want to leave, but this is ridiculous. Modern-day students at this 165-year-old university in the east Oakland hills have reported seeing a spooky specter in a Victorian dress on the steps of the Orchard-Meadow Hall. Another apparition has been spotted running across the stage at Lisser Hall. And keep an eye out for a phantom carriage pulled by rotting horses along the hill near the Mary Morse and Ethel Moore residence halls. 5000 MacArthur Blvd., Oakland

Do you smell smoke? Guests of Berkeley’s grand Claremont Hotel occasionally report a mysteriously strong scent on the fourth floor. Could it have something to do with the 1901 fire that burned down the original mansion on this site? Legend also has it that a little girl haunts Room 422. And former guest and San Antonio Spurs player Jeff Ayres got creeped out one evening in 2014 when his room key wouldn’t open his door and he could distinctly hear a baby inside – even though management told him no one else was staying in that room. 41 Tunnel Rd., Berkeley

In possibly the most horrifying haunted Bay Area house in history (or not), residents living in the three remaining original Victorian homes along 16th and Castro in Oakland reported strange goings on in the 1990s – reoccurring nightmares about ghosts, a possessed cat, and other unsettling events. A San Francisco Chronicle investigation traced these modern-day alleged hauntings back to the 1874 alleged haunting of the Clarke mansion, which stood near this intersection until it was torn down in the 1970s. Blinding bright lights, a screaming ghostly woman and levitating chairs grabbed Victorian-era headlines and imaginations at the time. Read the fascinating Clarke mansion story here.

Visitors to this former saloon and brothel built in 1887 on East 12th Street in Oakland reported some frighteningly frisky spirits. Legend has it you could communicate with drunken sailors killed in bar fights by using a flashlight and asking yes/no questions. Inside, it’s a maze of skinny stairwells and hidden rooms. It was an underground music venue in the 1990s but is now closed.

Built in 1864, this is the second oldest building in town and a former Wells Fargo stagecoach stop, general store, bar, and brothel. An underground tunnel was used by Chinese laborers who had been working on the railroads, and later by brothel patrons. Sightings have included a “lady in blue” standing at the upstairs window, where the brothel would have been located. Read about more haunted Pleasanton spots here. 288 Main St., Pleasanton 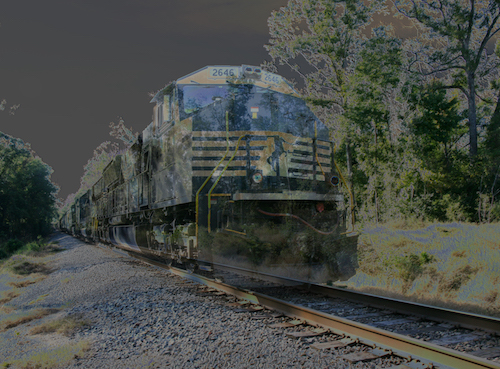 According to the website Weird California, gravity hills are locations at the base of a slope or hill where supposedly if you park your car and leave it in neutral it will somehow roll up the slope. The gravity hill in Brentwood, located past an old haunted slaughterhouse on Empire Mine Road, comes with a ghost story about children who were killed in a bus accident in the 1950s and whose benevolent spirits now push stalled cars uphill.

The spook in this story is a history professor, Henry Morse Stephens, who lived in the west wing of the Faculty Club for more than 20 years until his death in 1919. His well-dressed spectral image has been spotted in his favorite chair and reading poetry. He had been working on, but never finished, a history of the 1909 earthquake and fire. Maybe this late term paper is keeping him awake at night. 19 Minor Ln., Berkeley

Are the patients still roaming the ruins of this tuberculosis sanitarium, which operated 1918-1960? One legend says a groundskeeper killed all the patients in the children’s ward before committing suicide, and their tortured spirits are still hanging around. Sneak a peek inside by watching the 1973 flick “Warlock Moon,” filmed at the abandoned building before it was torn down. The location is now Camp Arroyo, a children’s youth camp, where they probably tell some killer ghost stories around the campfire. 5535 Arroyo Rd., Livermore

12. Lafayette Park Hotel and Spa – Scare the Stress Away

A destination for ghost hunters as well as massage seekers. Guests have reported hearing the ghost of a little girl calling for her mother, doors slamming, pictures falling off walls and bone-chilling cold spots. 3287 Mt. Diablo Blvd., Lafayette

The Clayton Club ghost story is about a man who was shot out of his saddle in front of the Eagle saloon, as it was known in the 1800s. These days, patrons report cold spots, strange vibes, moving objects and a bearded figure appearing in mirrors. And that’s not all. Clayton might be one of the haunted places in the East Bay. Read about the town’s other supernatural secrets and ghost walks here. 6096 Main St, Clayton

—–
We make no paranormal promises that any of these stories are true. And we aren’t in the business of selling haunted places, either. But we love a good ghost story! Please share your own scare tales of the haunted Bay Area with us by commenting below!

This morning a friend gave me some disturbing news: after 40 years of community support and business, Mr. Mopps, the beloved community toy store, is closing.  I have dear memories of going into Mr. Mopps.  The staff there was always so friendly.  I specifically remember this one time when I went in with a 2 year old little boy, looking for a lunchbox for [...]

Is this your first Halloween in your new digs? Well, here is a list of what NOT to hand out: 1) Toothbrushes Dentists and orthodontists should not be allowed to celebrate Halloween if they’re going to get all tooth doctory on us. Do not bring your work home with you, folks! We all have a personal responsibility to brush, and [...] 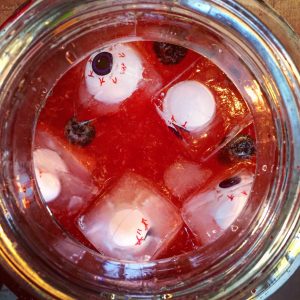